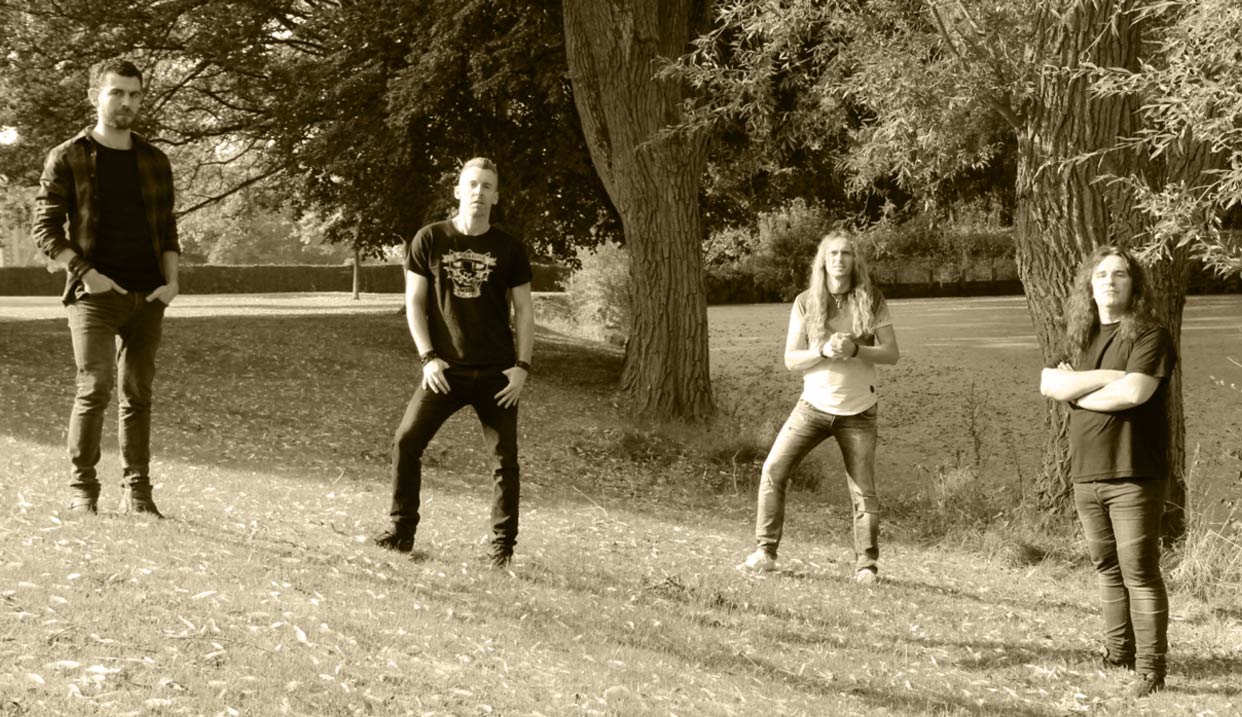 PROJECT is a French hard-rock band from the north of France that was founded in the mid-90s by Philippe Merlen and David Clabaux.
Ex-members of well-known french bands (Blackwhite, Kublaïkan) quickly joined the band, which was fully operational in a very short time with many songs written.
After many shows in Germany, Poland and in the north of France, the band decided to record a first EP "Reach for the sky" which received rave reviews from the press.
Jérôme Willocq joined the band in 1999 as a drummer.
A while later, the band decided to take a long break in 2002.

In 2008, the band decided to resume activities.
New members joined Phil and David : Cédric Legrand on bass and Olivier Bourgois on vocals.

While the album was in progress, the singer left the band without warning in 2011. Despite the difficulties encountered, “Riding Free”, was released in April 2013 at Brennus-music.
The music offered is a nice slice of Rock to Hard Rock songs, with some Heavy and Blues elements. Melodic Hard Rock at its best with powerful guitar riffs, mixed with keyboards on many songs, what brings a greater diversity to the music to satisfy all ears. Not to speak of the great melodies which are almost a trademark for the band.

The following year, the bass player, Cédric Legrand was replaced by Thomas Legrand.
In 2015, the band focused on composing a new album named "Chapter III" that contains 11 new songs and a bonus live DVD filmed during the "Riding Free" tour.
The "Chapter III" album got out in may 2016.
In 2019, the band décided to explore slightly different musical horizons in an acoustic EP.